It's that time of year again... too many Christmas parties and too little time. our office party got the Offshoot crew out in full effect. we had a great night at C's place with pot luck, BYOB (it was actually a contest... who could bring the best "party drink"... the Pizzle won with the very tasty"Green P")

I've been on a serious kareoke kick for the last little while so i insisted that C had something to that effect in the house and he delivered. Lips is a new game on XBox 360 and we all battled it out! I won a lot of rounds, but the best song of the night was a falsetto duet by Mar & Dudley...!

I did especially well on Duran Duran's "Hungry Like the Wolf"! i didn't need the words ;) Quincy (our office mascot) even howled along with me... i guess that says a lot about my voice?

The special drinks got everyone into it and the cab chits got everyone home safe & sound... good times were had... i'll let the pictures tell the rest! ;) 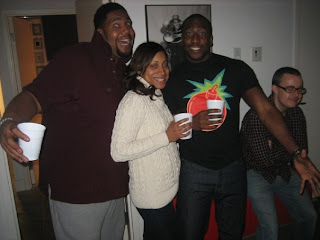 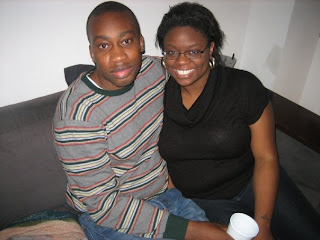 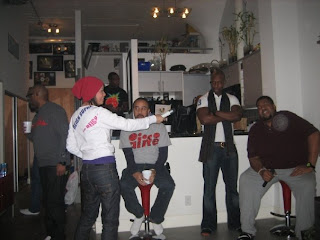 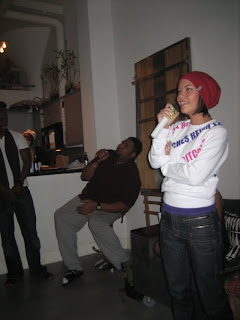 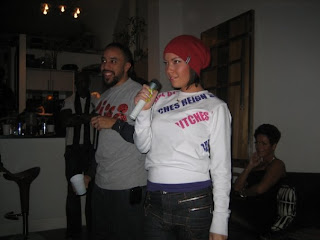 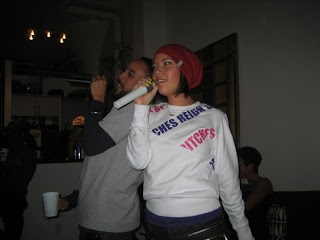 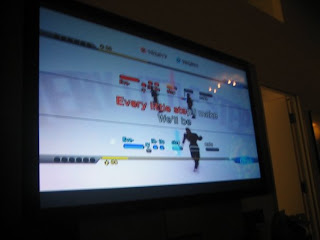 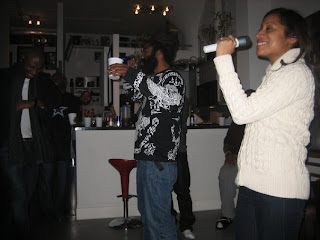