i watched Glee last night, as i normally do on tuesday evening (after dragging myself to the gym, of course *rolls eyes*). the kids covered the Rocky Horror Picture Show, which was one of the most bizarre things i've ever seen. come to think of it, i probably watched it when i was too young to even understand 90% of what was going on... i should probably re-watch it (i bet it won't make anymore sense now either... ha)

so anyhoo, things are going pretty textbook until... Mr. Schuester gets his shirt ripped off by Emma during their "Touch-A, Touch-A, Touch Me" duet.

um. why wasn't i informed what Mr. S was packing under that shirt? was i the only was that was surprised?

anyways... i decided to perv out on google and do a search...

*types in Will Schuester... shirtless...* 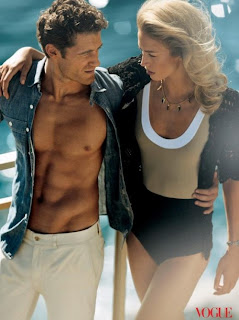 Happy Hump Day ladies!
Posted by killa at 7:24 AM