i'm sure everyone from around the GTA is familiar with Pacific Mall, located in Markham at the accident prone intersection of Kennedy/Steeles. it's a place where you can get by without speaking a word of English... which does not come in handy when you don't speak Chinese (i.e me). i ventured out there with my cousin the other day, as i was in the mood to do some bargaining and pay with cash (no tax! ;)

anyways... some pictures of the day's finds... 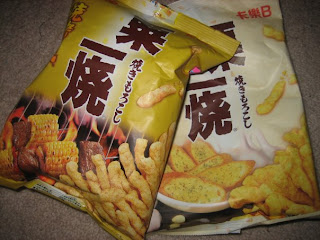 i walked in hungry and wanted to nibble on something as i walked around... so i headed over to one of the snack shops. i have to admit, i have a weakness for asian snacks (except for those pickled/preserved fruits... ew) haha... i settled on these. they are Japanese corn snacks (think crunchy Cheetos, only no cheese. replace with various asian inspired flavours... squid, wasabi, bbq'd corn... yeah i dunno) 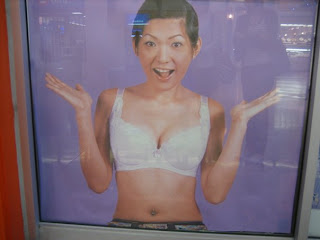 an advertisment outside a lingerie shop... it's like she's saying, "WOW! Cleavage!!!". i secretly say the same thing when i find a good bra. hahaha 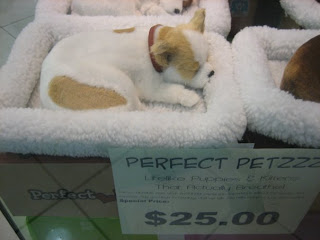 these are weird... there was a store that had a whole window display of them. they are little stuffed dogs that are sleeping in baskets... but you can see their little bodies rise and fall, as if they are breathing :S um... why don't you just GET A REAL DOG? 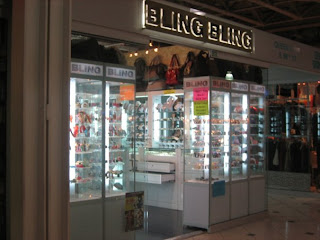 damn... Cash Money just made it everywhere, didn't they? ha. 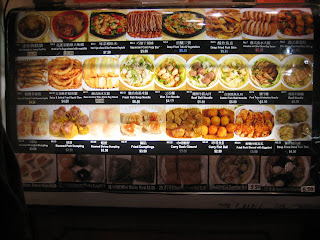 so the snacks held me over until i really had to get down to business. walking around the food court is always a little daunting for me because i'm still a little squeamish with some of the more... lets call them... ethnic varities (i am not a hit at the family parties). gimme a break, i still ask for a fork when i go to Chinese restaurants :(
Standouts:
-Pork Tripe w/ Sweet N Sour Preserved Vegetable
-Squeezed Cold Pork Ear (ok, i don't even know where to start with that one)
-Deep Fried Fish Skin
-Intestine w/ Chiu Chow Soy Sauce (ok, i like soy sauce... hahaha)
-Curry Duck Gizzard
(ok, just click the picture above for more detail, bleeruurghhh) 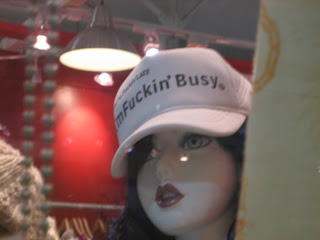 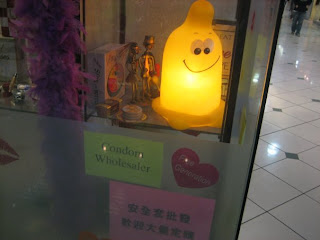