I went to my 4th Killers concert yesterday with Michelle... yay! i love these guys

a group called M83 opened for them... they were, umm... good? sounded like they were in the same general synth pop style as the Killers except a little darker/moodier and... all their songs took about a minute to start... and 5 to end. they might aswell be an instrumental band if you ask me (but you didn't)

the concert overall was really good... Brandon doesn't play to the crowd much, but the audience was extra lacklustre and i don't know why. except for the old guy in front of us doing a certain dance all night... (see below pictures haha)

top 3 picks for the night:

1) Joyride (where the "sexy dance" request came up)
2) Somebody Told Me
3) For Reason's Unknown
(close runner up, The World We Live In) 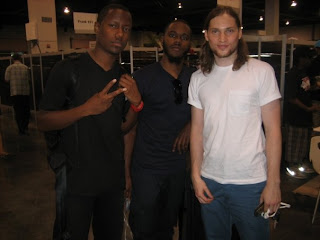 the bassist kept reminding me of Oliver (Octobers Very Own) though (i doubt he reads my blog... but it's all love :P) Oli... can you get me tickets to the next show? haha it's a little bit funny, isn't it?
killa: there shouldn't be too much traffic where you parked when we leave... thats good
michelle: oh yeah... thats true. there isn't a Leaf's game tonight, is there?
killa: um, no. or else it would be in HERE (concert was at the ACC)
love you Michelle ;) 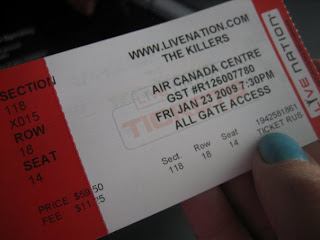 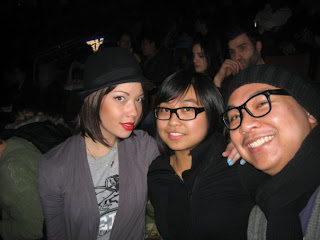 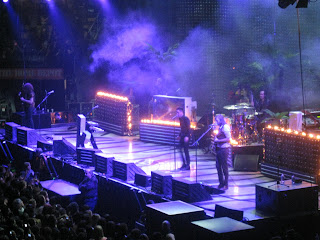 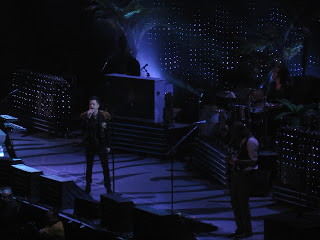