so myself, Lupe (the super intern) and P (the Green P, not Skateboard P) made our way into Livestock for the N.E.R.D meet n greet. apparently there was a line-up of loyal fans outside from 9am... i remember when i was a teenager, i used to wait in those lines for hours to meet various boy bands haha (shout outs to the Livestock crew for their hospitality and bypass!!) 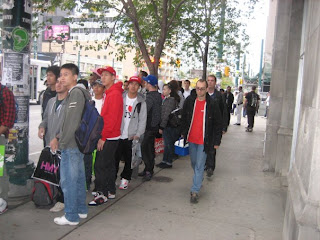 eventually Pharrell and Shae showed up (fashionably late, of course) and strolled around the store checking out the shoes & gear... then they pulled up a chair to get down to business. i was nervous as hell for some reason and drew a complete blank when i got up for my turn... and it went something like this:

*Pharrell signs album... slides it back over to me. blank stare*

that was it. P got a little more shine from Shae for her "I Heart..." TBG shirt (look for that this Winter!) but didn't really get much out of it either. but i guess you can't expect much from a meet and greet anyways? i wasn't really greeted, IF you wanna get technical... but this is coming from the guys who made one of my fav albums of all time, so i guess i forgive 'em. i GUESS... 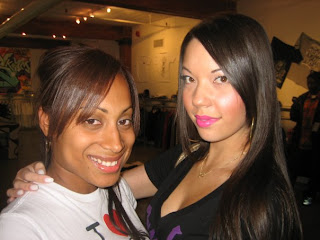 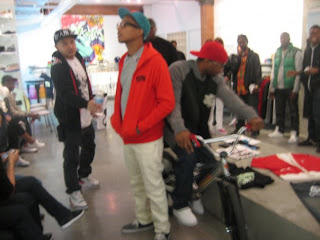 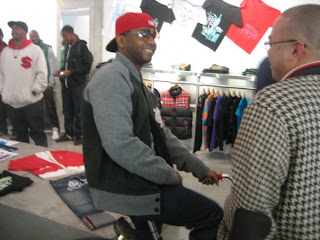 Shae on his bike 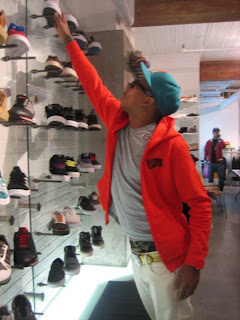 Pharrell reaching for some Vans 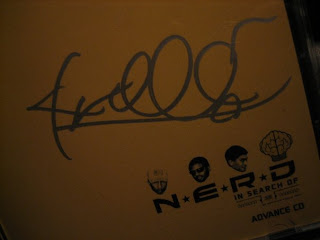 as for the concert... N.E.R.D went on first and proceeded to preform tracks mostly from their new album, "Seeing Sounds". makes sense, but i think we were all left feeling a little bummed when the only tracks from the 1st album played were "Brain", "Rockstar" and "Lapdance". maybe that explained why the crowd wasn't that hype?

anyhoo... my top 3 tracks for the night:

-You Know What (my fave off "Seeing Sounds")
-Kill Joy
-Lapdance

and... i'm not much of a Common fan, so the latter part of the show was kind of a bore to me, no disrespect intended... 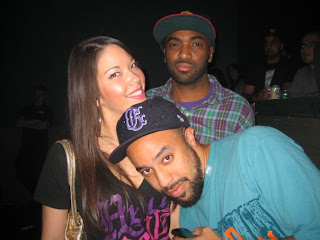 my sidekicks for the last half of the show... Eeyore fell asleep standing up and Safari and i sent eachother gay (literally) texts! hahahaha 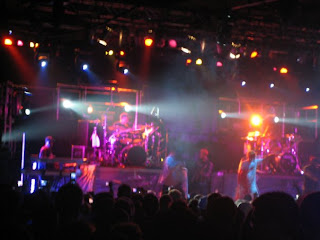 wow cool, yah i was going by the store and saw all these ppl lined up! wwoooo cool, i heart common. so so so so much! i hope u had fun, great phonecam pix xoxo!

you dissed my hubby