Ok, we all get a bunch of crap ass e-mail forwards so I am gonna share a particularily far fetched one i received today...

For all parents and grandparents -- True, according to Snopes -

Be cautious of hair bands at open markets around the city too – they are probably from China since they are purchased in bulk very very cheap !!!!

Take a good look before buying hair bands in future – specially like the following kind….. 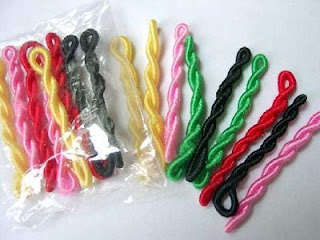 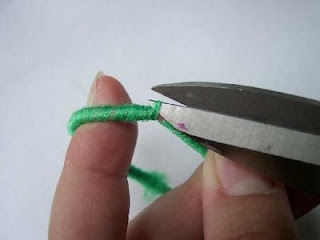 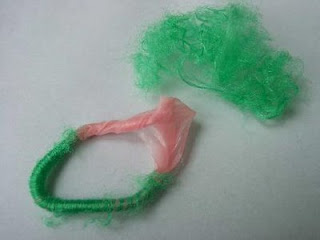 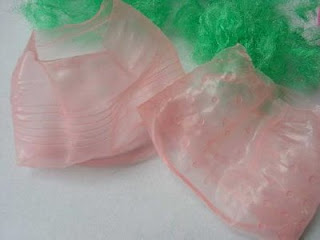 These Hair bands were made from used condoms and threads. That was so disgusting, I would not want to use them!!

'These cheap and colorful rubber bands and hair ties sell well ..... threatening the health of local people,' it said.
Despite being recycled, the hair bands could still contain bacteria and viruses, it said.

'People could be infected with AIDS, (genital) warts or other diseases if they hold the rubber bands or strings in their mouths while waving their hair into plaits or buns,' the paper quoted a local dermatologist who gave only his surname, Dong, as saying. A bag of ten of the recycled bands sells for just 25 s en (three cents), much cheaper than others on the market, accounting for their popularity, the paper said.

A government official was quoted as saying recycling condoms was illegal. China 's manufacturing industry has been repeatedly tarnished this year by a string of scandals involving shoddy or dangerous goods made for both domestic and foreign markets.

In response, it launched a public relations blitz this summer aimed at playing up efforts to strengthen monitoring systems.
_.___
Check your kids hair bands and make sure they do not put them in their mouth while trying to plait or tie their hair

The Chinese never fail to amaze me ....

OK YEAH, WHAT KIND OF IDIOT CREATED THIS FABLE?! So lemme get this right... the Chinese go out of their way to filter out used condoms from garbage to make hair ties?! If anything, that just seems like a super complicated way to create these things... def not easy or cost effective...

I wanna punch these people in the face... All the people who create spoof e-mails, esp. ones that have to do with people's health... stop it! Go do something useful (like jumping off a bridge)

Excuse me while I go tie my hair into a ponytail and NOT worry about getting AIDS...
Posted by killa at 1:21 PM