yeah, i know i've been making a big deal out of the haircut thing... but i've been wearing hats for like 7 months due to a shitty hair situation and it might be over today! i'm gonna see my fav hairdresser/friend, Masoud @ Toni & Guy Yorkville. if you ever need a good snip, head over there. it's well worth the time/money. i even did hair modelling for them back in the day: 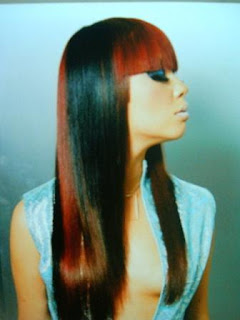 yup, thats me about 6 years ago. i'm usually not one to dye my hair, but they don't ask for your opinion much with hair modelling. that was a pretty crazy 'do. Boom Dynamite from Scare Dem Crew liked it (true story)

anyways... friday... me at the office, evidently working hard: 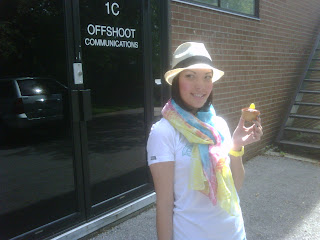 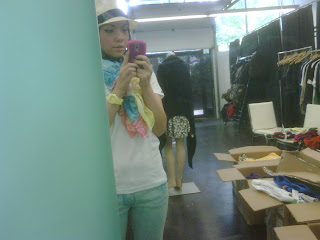 with my 2 most fav things at the moment... a cupcake from the Cupcake Shoppe (thanks to lissa <3) and my yellow G-Shock. Lady GaGa wears it in that semi-porn music vid of hers where she is dancing around with a ton of black dudes on the subway. yeah, that one. and umm... that isn't the reason why i have it, but i thought it would be an interesting tidbit. anyways, i digress. 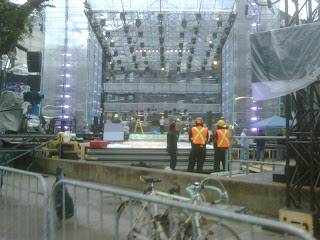 random... but i was walking around on Queen St, shopping and visiting some customers and i saw them putting up the stage for tomorrow's MMVA's. quite the install. anyways, Much isn't having a party this year for me to invade and hang out by the free food, so it isn't very high on my priority list. laser hair removal and Good Life fitness classes has beat it out.
Posted by killa at 9:24 AM

That's a beautiful haircut you have got.