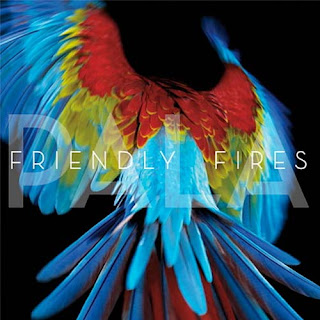 so, a while back... i was at the grand opening of the new Topshop @ The Bay and there was a live band playing. as i shopped (leopardbooties.leopardbooties.leopardbooties.LEOPARDBOOTIES!), i listened to the group and found myself really liking them. by the time i was done, so were they... i guess i missed out. but as my luck would have it, i ended up on the escalator with them and they were lost (ha ha!) and i directed them to the exit, in exchange for the name of the band. Friendly Fires.

i think i'm late to the party on this one, but better late than never!